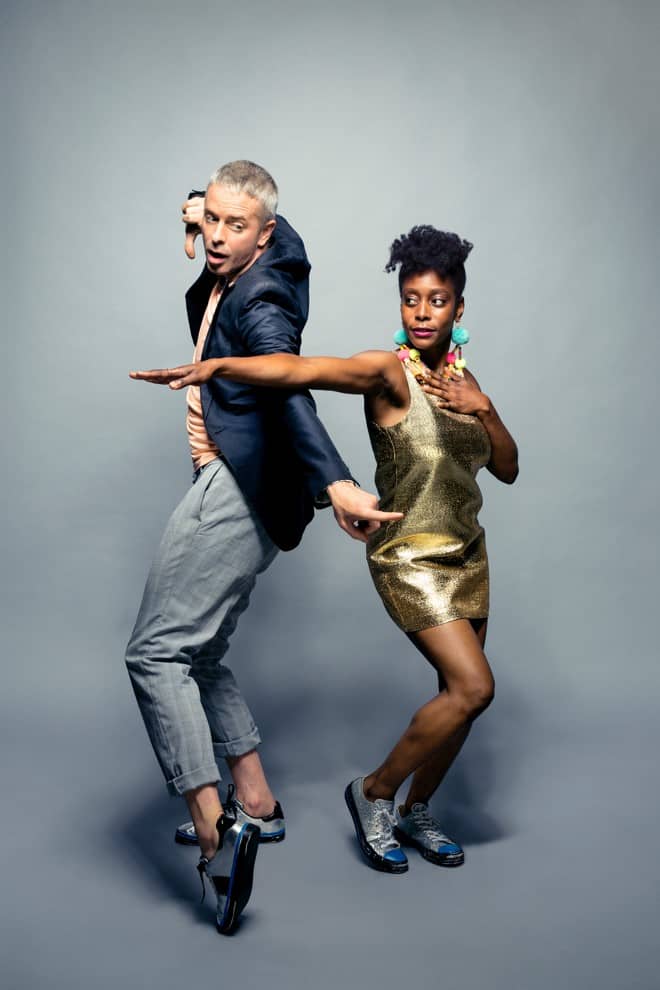 Originally from Monterey, New York, (a small village north of Corning NY), Mark Schmidt is a choreographer, performer and educator who first found solace on the dance floors of New York’s 1990s gay clubs and underground house music scene.  He took his first formal dance class at 171 Cedar Arts in 1994 when guest artists from Colombia presented a three-day salsa workshop. (Little did he know his excitement about the workshop at 171 Cedar Arts would later reveal a passion that would turn into a career.) He graduated from Campbell-Savona High School and attended Corning Community College before moving to New York in 1996. He holds a BA with a concentration in Cultural Studies from the New School for Social Research and MFA in Performance and Choreography from SUNY Brockport. As a choreographer, he has presented work at Dixon Place, Triskelion Arts, Sia Gallery, Chen Dance Center and Center for Performance Research in New York, and the Contemporary Art Institute of Detroit, Bol Theater, and ArtLabJ in Detroit.  When not performing for other artists or creating his own work, he occasionally assists art director Reynaldo Davis Carter as a production assistant.  This has included sets for commercials and fashion publications Italian Vogue, Vs. Magazine, and L’Officiel. Mark is a cabaret law reform activist and formerly served as the curatorial committee vice chair at Dance Parade Inc. from 2014-2018.

While in Corning, rehearsing at 171 Cedar Arts Center, Schmidt will be completing a new duet with dancer and artistic collaborator – Remi Harris for a December premier in Brooklyn, NY.
Rehearsal is open to the public each day from 1:30-2:30pm.

Pop in anytime during that hour and stay as long as you like.
Location: 171’s Drake House, Studio Theater, 155 Cedar St. Corning, NY